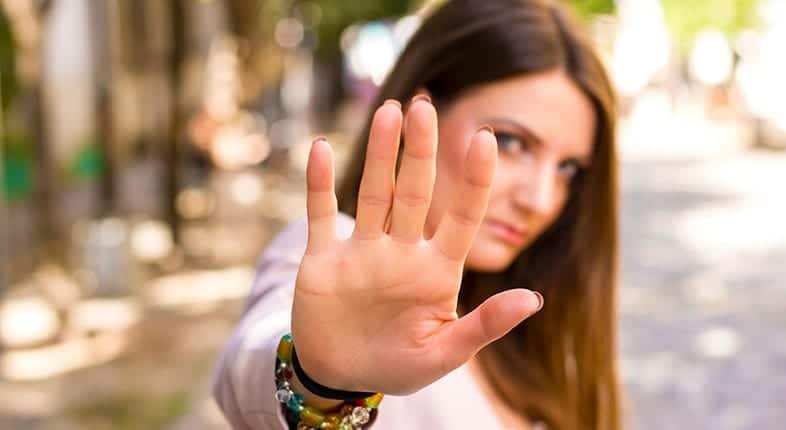 Sexual assault is sexual conduct that is forced or coerced, or happens without consent, and includes many other forms of illegal and improper conduct. At McGowan, Hood & Felder, LLC, we help South Carolina victims of sexual assault take back their lives by demanding justice for the harm and pain they’ve experienced. We’ve spent the last two decades fighting for the rights of the injured; let us fight for your future, too. Please call us today to learn more about how we can help you and your loved ones.

“Nearly 1 in 5 women and 1 in 71 men report being raped during their lifetime. In addition, 45.9% of South Carolina women and 17.8% of men in our state report being victims of sexual violence or coercion other than rape.”

What are sexual assault and sexual abuse?

Sexual assault, at its core, means any type of sexual activity that is non-consensual. South Carolina Criminal Code defines sexual assault as an act of criminal sexual conduct. There are many types of conduct which qualify as sexual assault under the law. Some examples include:

Is rape a type of criminal sexual conduct?

The South Carolina Criminal Code does, however, use the term “rape” in its statutes.

I was not restrained or physically forced to have sex. Was I a victim of sexual assault?

Sexual assault and abuse do not necessarily require physical force. Emotional, psychological pressure and manipulation, and threats can force someone to engage in sexual activity against his or her wishes.

The one constant in all sexual assault cases is that any sexual activity must begin with consent. Consent can be withdrawn at any time, which means the other person needs to stop immediately – as soon as anyone says NO.

What is sexual harassment?

Sexual harassment is any unwanted and unwelcome behavior that’s sexual or inappropriate in nature. In some cases, sexual harassment is verbal – making crude jokes or unwanted advances. Sometimes, however, it’s physical, too, such as when a coworker constantly finds a way to touch your body or rub up against you. It may also include verbal behavior that references your sex, gender, or perceived sexual identity.

Catcalling is another type of sexual harassment. So is a coworker or employer using derogatory language, such as greeting a person with, “Hey there, beautiful.” Under federal law, this type of behavior is illegal, and if you are being sexually harassed, you have the right to file a complaint with the Equal Employment Opportunity Commission, (EEOC) and to report your harasser to your Human Resources department.

What is online sexual harassment and abuse?

Sexual harassment is, simply, another form of bullying. It can happen in work settings and in school settings, and, increasingly, online. In many cases, the victims are school-aged children and young adults being bullied by their peers, but adults can engage in online abuse and harassment as well. Examples of online sexual harassment include:

Can I file a lawsuit against my abuser in South Carolina?

There are two ways to seek justice against the person who sexually assaulted or abused you. The criminal courts are used to punish the people who did these horrible acts, and to deter them from committing any future acts. Defendants who are found guilty of sexual battery or other forms of criminal sexual conduct are normally sentenced to jail or placed on probation. They are also ordered to pay fines for their crimes. The standard of proof is that the defendant must be found guilty beyond a reasonable doubt.

In civil cases, there are two main goals:

In civil cases, the standard of proof is that that the defendants must be liable by a preponderance of the evidence – in other words, it’s more likely than not that they were responsible.

Our South Carolina sexual assault injury lawyers work aggressively to introduce other evidence on your behalf such as the statements of anyone who was abused by the same person or organization, the statements of any coworkers, and the records of prior complaints of abuse. We conduct extensive discovery to examine all the related factors which may prove a teacher, school, priest, business owner, or anyone in a position of authority failed to protect you.

How long do I have to file a civil claim for sexual abuse in South Carolina?

In general, you have three years to file a civil claim for sexual assault, but there are exceptions to every rule. Minors and victims of incest may have up to six years. In some cases, you may have less time to file a claim. It is very important that you contact McGowan, Hood & Felder, LLC quickly so that you can discuss your options for moving forward. We provide a safe and secure environment for you to discuss your needs with an attorney. If you prefer speaking with a female attorney, just let us know and we’ll arrange it for you.

Can I file a civil claim for sexual abuse even if the perpetrator is found “not guilty” in criminal court?

In many cases, the criminal case proceeds first. Sometimes, the criminal justice system will find your abuser “not guilty.” However – this does not mean you cannot file a claim in civil court. While a “guilty” verdict in criminal court may be beneficial to your civil claim, a “not guilty” verdict may have no impact on your claim at all. The evidence needed to prove liability in civil court is the preponderance of the evidence (“more likely than not”), as opposed to criminal court’s burden of proof of “beyond any reasonable doubt. There are also different methods used to prove claims in civil court that allow for a more beneficial outcome for the victim of sexual assault and abuse.

McGowan, Hood & Felder, LLC will work to ensure that we have all accurate and fact-based evidence available to prove your claim.

In some cases, you may also be entitled to punitive damages, which are intended to deter the defendant from future similar conduct and/or punish them for sexual wrongs.

Who can be held liable for sexual assault besides the perpetrator?

In sexual assault claims, our goal is to hold all persons and businesses responsible for any abuse or assault that occurred. Most people do not realize that business often have culpability in allowing these heinous acts to occur. We will fight to hold the people and businesses accountable for your injuries. You may be entitled to compensation from:

If you were attacked and abused by an individual, are a victim of sex trafficking or exploitation, or had your rights violated by a person of authority, McGowan, Hood & Felder, LLC wants to help you.

If you or anyone you love is the victim of sexual assault, or you have reason to believe your loved one has been sexually assaulted, you need immediate legal help. It’s critical that we speak with witnesses while their memories are fresh. It’s important that you see the right doctors. It’s essential that wrongdoers are made to pay for these unconscionable acts. To get civil justice for any act of criminal sexual conduct, call the South Carolina sexual assault lawyers at McGowan, Hood & Felder, LLC today. We will arrange for you to speak to one of our female attorneys if you prefer.  You can call us at 803-327-7800 or complete our contact form to schedule an appointment. We serve clients across the state, and have a team of caring people who will guide you through the litigation process.