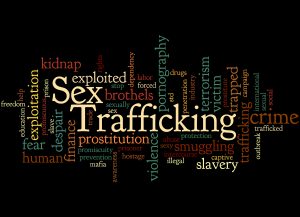 Well-known fashion designer and executive Peter Nygard has been arrested and charged with sex trafficking and racketeering, according to a press release from the Department of Justice, U.S. Attorney’s Office, Southern District of New York. Nygard is facing nine charges from a decades-long investigation involving dozens of victims – and possibly more – across the United States, Canada, and the Bahamas.

According to the indictment, Nygard, 79 years old, used his company’s influence “to recruit and maintain adult and minor-aged female victims for [his] sexual gratification and the sexual gratification of his friends and business associates. NYGARD and his co-conspirators, including Nygard Group employees, used force, fraud, and coercion to cause women and minors to have sex with NYGARD and others.”

He is accused of carrying on these activities over a period of at least 25 years, targeting women and girls from disadvantaged backgrounds and histories of abuse. Nygard and his associates are accused of forcibly sexually assaulting and drugging their victims, controlling them through “force, fraud and coercion.”

The indictment statement describes how Nygard utilized his power and wealth to recruit women and young girls for sex, including:

A February New York Times article detailed a civil lawsuit against Nygard for similar allegations that appear in his indictment. Over 80 women have signed on as plaintiffs.

Further, the indictment reads that Nygard used company “employees and funds to intimidate, threaten, and corruptly persuade individuals who alleged that he was engaged in sexual assault and sex trafficking, including by paying witnesses for false statements and affidavits, threatening witnesses with arrest, prosecution, and reputational harm, and attempting to cause reputational harm and discredit potential witnesses by disseminating false or embarrassing information.”

The major charges against Nygard include sex trafficking. The Polaris Project, an anti-trafficking organization, defines sex trafficking as “the crime of using force, fraud or coercion to induce another individual to sell sex.” Victims of sex trafficking are often vulnerable individuals, much like the women and girls targeted by Nygard and his associates.

Although Nygard is facing federal charges, victims of Nygard and other predators like him can seek justice through civil lawsuits. Here at McGowan, Hood & Felder, LLC, our attorneys practice in both state and federal court, and are committed to holding sex criminals accountable for their actions – as well as any parties that allowed them to continue their assaults.

If you or a loved one need help or legal advice regarding a sexual assault or potential trafficking situation, we can help. Reach out to us today for experienced and assertive representation. To schedule a free consultation with one of our South Carolina attorneys, call 803-327-7800, or we invite you to reach out to us through our contact page. If you feel more comfortable working with a female attorney, we will ensure that you can.