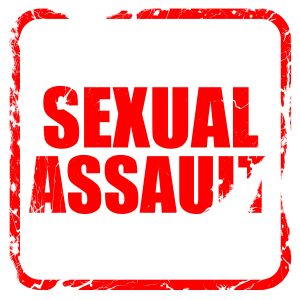 A recent lawsuit filed by three Aiken County women alleges their parole officer repeatedly sexually assaulted them over a period of two years while they were under the supervision of the South Carolina Department of Probation, Parole and Pardon Services (SCDPPPS).

The women, referred to in the lawsuit as Jane Doe-1, Doe-2 and Doe-3, were released by the Board of Paroles and Pardons to complete their sentences under the supervision of former Agent George Willie Yeldell, according to a FITSNews report.   The lawsuit names Yeldell, SCDPPPS Director Jerry B. Adger, and SCDPPPS employee Ashley Finch (who was Yeldell’s supervisor at the time).

Yeldell was criminally charged with sexual misconduct earlier this year, but this newly-filed civil lawsuit alleges sexual assault and rape while he was on duty, as well as claiming that SCDPPPS failed to protect the three victims.

What the victims allege

In court filings, the Jane Does describe a two-year pattern of sexual abuse perpetrated against them by Yeldell, their parole officer. According to FITSNews, Yeldell “used the resources and abused the power and authority of his office to sexually abuse, harass, assault, inappropriately touch, and/or rape female offenders he supervised,” from July 2017 through October 2019.

Some of these incidents – during which Yeldell was on duty and in uniform – included unwanted forcible kissing and touching, attempts to force the women to perform sex with him during check-ins, and sexual assault. Court filings state that during one assault, Yeldell told Jane Doe-2, “her time on parole could be really easy or really hard.”

Abuse of power and sexual assault

Sexual assault and abuse coming from a place of power is an egregious crime – especially when it comes from within the criminal justice system itself. The state of South Carolina has laws in place to prevent sexual activity between those in positions of power and the individuals under the influence of their authority, as these individuals cannot wholly consent.

In addition to police officers, jail and parole personnel, parties in positions of authority can also include:

Further, when the organizations in charge of overseeing employees does nothing to protect victims, they can and should be held accountable as well.

In the case of George Yeldell, the lawsuit also names the SCDPPPS, who was responsible for his employment and supervision. In a press release, the victims’ legal representative explained, “We hope that these lawsuits blow the cover off of the dark activity taking place within the South Carolina Department of Probation, Parole and Pardon’s organization, force the implementation of new necessary hiring, training and supervision policies, and hold all involved parties accountable for the harm caused to my clients ensuring there are no other victims of this type of egregious abuse of power.”

If you have experienced sexual abuse or assault at the hands of law enforcement or any other person in a position of authority, the attorneys at McGowan, Hood & Felder, LLC can help. We offer aggressive representation and compassionate support. To schedule a free consultation with one of our South Carolina attorneys, call 803-327-7800, or we invite you to reach out to us through our contact page.