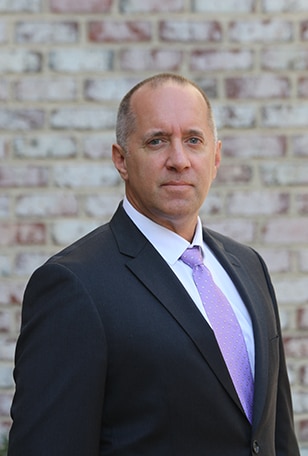 Robert concentrates his practice at McGowan, Hood & Felder, LLC on helping people seriously injured by the negligence of others. Selected for inclusion in South Carolina Super Lawyers ® for 2011 and voted one of the Top 100 Lawyers in South Carolina, Robert has a record of obtaining million-dollar verdicts and settlements for his personal injury clients.

Mr. Phillips has obtained numerous verdicts and settlements in excess of $1 Million in his areas of practice and is a member of the Multi-Million Dollar Advocates Forum.  He obtained one of the largest punitive verdicts in this part of the State in a medical malpractice case where Mr. Phillips discovered and proved the defendant had altered a patient’s medical records.  Mr. Phillips has also successfully tried a number of complex bicycle vs. automobile cases.  Mr. Phillips’ experience as a cyclist himself, gives him special insight into the intricacies of these difficult cases.  Several of Mr. Phillips’ trial verdicts have been reported on the front pages of Lawyer’s Weekly and picked up by the AP News Wire.

Due to his results in these areas of the law, Mr. Phillips is often asked to present on the topics of police excessive force and bad faith insurance claims at seminars in South Carolina and around the country.  Many lawyers from around the state and this part of the country associate Mr. Phillips to handle these cases for them.

In 2006, Robert was elected by his fellow lawyers to the Board of Governors for the South Carolina Association for Justice (SCAJ).   He currently serves on the Executive Committee for SCAJ.

A personal look at Attorney Phillips

Robert was born in Huntsville, Alabama, where he grew up playing junior tennis and ice hockey.  After becoming one of the top junior tennis players in the United States, he attended Clemson University on a tennis scholarship.  Following his junior year, he turned professional and competed on the ATP Tour (professional tennis tour).  While on tour, he attained a ranking in the top 250 players in the world.

After retiring from the tour, Robert returned to Clemson University where he completed his undergraduate studies. He then went back to France and attended the Université Catholique de Lille, where he studied business for a year and then returned home to South Carolina and attended law school at USC as the graduate assistant coach for the Men’s Tennis Team.