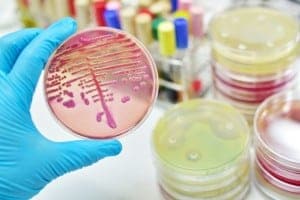 According to the latest research by the Centers for Disease Control and Prevention, 76% of hospitals (out of 21 jurisdictions) reported cases of healthcare-associated Legionnaires’ disease in 2015 – approximately 6,000 cases that year alone, in reporting districts. Because only 20 states and New York City reported their findings, the number of deadly cases could actually be much higher. Outbreak News reports of the HAI-related cases:

The Center for Infectious Disease Research and Policy (CIDRAP) at the University of Minnesota analyzed the CDC report as well. By their findings, “In the general population, Legionnaire’s disease kills 10% of those diagnosed; in the CDC’s analysis, 25% of cases acquired in the hospital or long-term care facility were fatal” (emphasis ours). This is a substantial jump in the number of fatal cases.

The Washington Post recently reported on two cases of Legionnaire’s disease associated with water births at hospitals in Arizona in 2016. The Scientist reported that the bacteria has been found in Flint’s water supply, and has made 91 people ill, and killed 12 more.

Legionnaire’s is not a common illness, but the increased number of fatal cases associated with hospitals and healthcare facilities is worrisome. Healthcare-associated infections, or HAIs, affect thousands of people each year. Though there has been a slow by steady decrease in cases involving central line-associated bloodstream infections, MRSA, surgical site infections, c. diff and catheter-associated urinary tract infections – the five categories most closely tracked – we have seen a number of new HAIs popping up. Most recently, McGowan, Hood, Felder & Phillips, LLC has been fighting on behalf of patients who developed non-tuberculosis mycobacteria infections, caused by defective heater-coolers, as well as by hospital personnel failing to follow the appropriate protocols in surgical rooms.

It is clear that we need additional reporting on cases for Legionnaire’s disease. However, McGowan, Hood, Felder & Phillips, LLC will continue to fight for justice on behalf of families who have sustained injuries and harm because of HAIs and other acts of negligence by medical personnel. To learn more about our services, or to schedule a consultation with one of our infectious disease lawyers, please call 803-327-7800 or fill out our contact form.