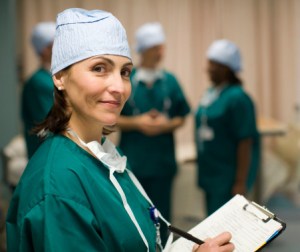 In 2011, the Accreditation Council for Graduate Medical Education banned 30-hour work shifts for all trainees and limited first-year physicians to no more 16 consecutive work hours. This ruling was the result of over two decades of controversy touched off by the accidental death of Libby Zion in 1984 at the hands of an over-worked first year doctor.

For the first time since that ruling, those bans are being questioned, and researchers are putting patients’ lives at needless risk. The Washington Post recently reported that “The 30-hour shifts, which were banned four years ago, are one element of a $9 million research project partly funded by the National Institutes of Health to determine the best way to train novice physicians while maintaining patient care.”

The researchers behind the study argue that the work limits force doctors to handoff patients in the middle of treatment and create “needless” staffing difficulties. In addition, proponents of the study argue that novice doctors learn best while following the most critical parts of care, those that occur primarily in the first 36 hours following admission.

The researchers behind this study are playing with fire. Though it has been acknowledged that handing off patients in the middle of treatment to a new doctor comes with risks, the effects of fatigue on concentration and decision-making outweigh those risks.

The effects of insufficient sleep are well known

The National Institutes of Health says that “the effects of insufficient sleep have been well documented… Despite the wide range of research methodologies … and settings… the results are quite similar: insufficient sleep has been associated with cognitive problems, mood alterations, reduced job performance, reduced motivation, increased safety risks, and physiological changes.”

In spite of this knowledge, this study has been approved. Worse, the study is constructed in such a way that patients are not required to be informed that their doctor is participating and working longer hours than is recommended.

Patient safety is the primary responsibility of our health care system. It appears that the authors of this study have forgotten that inviolable rule; first, do no harm. This effort to increase efficiency overlooks patient safety. The ethics panel at the University of Pennsylvania concluded that the risks were minimal, and it would be unnecessary to inform patients about the study. That conclusion is invalidated by the well-known, well-documented studies of the study’s other primary funding source, the NIH.

The research will be performed in hospitals across the country. Everyone is at risk, and no one will know. Medical malpractice can affect the lives of patients and their families forever, and you could be the victim of not only malpractice but also excessive and expensive litigation to get the compensation you deserve.

Don’t underestimate the seriousness of your medical malpractice case. Don’t simply assume that insurance companies will take care of everything. Doctors and hospitals will often hire entire teams of lawyers to defend their actions. You can fight back with McGowan, Hood & Felder, LLC, at your side. If you or a loved one has suffered harm because of a medical care provider, contact us today for a free case review at one of our South Carolina office locations.