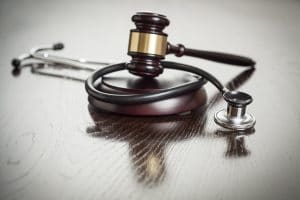 Service members and their families have been fighting for decades to overturn the Feres Doctrine, a 70-year-old court ruling that blocks members of the military and their families from suing the government for injuries like medical malpractice and wrongful death. However, all this is poised to change with recent federal legislation.

The 2020 National Defense Authorization Act (NDAA) would, for the first time, allow service members to seek compensation for injuries or death due to medical malpractice caused by a Department of Defense (DoD) healthcare provider. If President Trump signs the NDAA into law, it will be the first time in nearly 70 years that United States military personnel have been eligible to seek financial compensation from the government for medical malpractice cases.

How the Feres Doctrine has affected military medical malpractice claims

The Feres Doctrine has long prevented military personnel from suing the government for injuries sustained during service. The 1950 ruling Feres vs. United States declared that the government couldn’t be held liable if a service member’s injuries or death was deemed incidental to service. Because the military has its own system for compensating injured troops, the original goal of Feres was to prevent frivolous or malicious lawsuits.

However, the Feres Doctrine has been widely criticized over the years for its broad application to a variety of service incidents, preventing personnel from bringing legal action over different matters, including sexual assault, workplace violence and training accidents.

It’s important to note that the Feres Doctrine has not been abolished. The provisions to the NDAA simply loosen the regulations to allow troops to submit a claim for malpractice. Service members are still barred from suing the government in federal court.

Proposed changes to the law

Dwight Stirling, former prosecutor and current head of the Center for Law and Military Policy at the University of Southern California, says, “It’s about time [the Feres doctrine was loosened]. For too long our troops have been treated like second-class citizens, who serve their country but are denied the rights that everyone else enjoys.”

Under the new provisions, the military must establish formal procedures for investigations into medical malpractice claims. If they find a claim valid, they’ll then determine the amount of damages owed to the victim. These claims, according to the NDAA, include “personal injury or death caused by the negligent or wrongful act or omission of a Department of Defense health care provider in the performance of medical, dental, or related health care functions while such provider was acting within the scope of employment.”

Additionally, the DoD won’t be held responsible for any attorney fees or future loss of income. The majority of claim payouts are limited to $100,000, but in some cases the Pentagon has the discretion to authorize higher settlements if circumstances allow.

If you or a loved one are a member of the military injured due to malpractice, you likely have many questions. The attorneys at McGowan, Hood & Felder, LLC can help guide you through the process. Contact us today for a consultation and we can provide informed advice on your options. Call us at 803-327-7800 or reach out to us through our contact page. We serve clients throughout South Carolina.