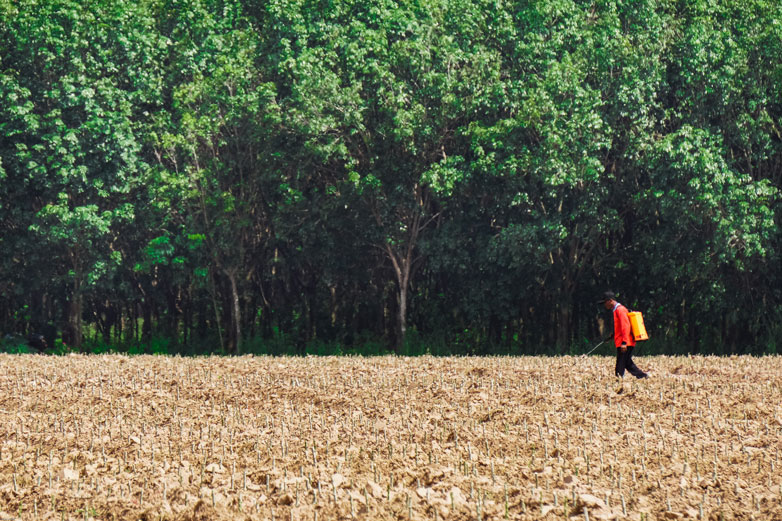 Help for clients diagnosed with Parkinson’s from paraquat herbicide exposure

A growing number of research publications show that exposure to the popular herbicide paraquat is linked to development of Parkinson’s disease, a disabling neurodegenerative disorder. Paraquat, used for weed and grass control, is also known as Graxomone. The herbicide is widely used in the agriculture industry in South Carolina and across the United States and, although paraquat is effective on crops, it can have a devastating effect on human health.

If you or a loved one developed Parkinson’s disease after exposure to paraquat herbicide and weedkiller, you may be eligible for financial compensation. The product liability attorneys at McGowan, Hood, Felder & Phillips, LLC have decades of combined experience protecting consumers from companies that put dangerous and defective products on the market. We will evaluate your case and ensure you receive justice for the harm and suffering you experienced from your injuries.

The link between paraquat and Parkinson’s

Paraquat is used for weed and grass control and is classified as a toxic chemical by the Centers for Disease Control and Prevention (CDC). It is so poisonous that only licensed applicators (like commercial farmers and landscapers) may use it. Paraquat comes in a liquid form, with an artificial coloring and odor to prevent it from being mistaken for common beverages like coffee, as well as a vomiting agent in the event of accidental ingestion.

The CDC states that most common forms of paraquat poisoning are through ingestion, skin exposure, or inhalation. Once paraquat enters the body, it distributes throughout all areas, including the lungs, liver, and kidneys, causing immediate damage. This is in the case of short-term poisoning or over-exposure.

However, what about long-term paraquat exposure?

In an article discussing the link between Parkinson’s disease and toxic chemicals, the New York Times noted that “the pesticide paraquat can increase the risk of Parkinson’s by 150 percent. It has been banned by 32 countries, including China, but not by the United States, where use on agricultural fields has doubled during the last decade.”

Many legislators, environmentalists, and activists are calling for a ban on paraquat in the United States. In 2017, the Unified Parkinson’s Advocacy Council wrote a letter to the EPA asking it to ban paraquat from the American agricultural system. Further, the Michael J. Fox Foundation, another authority on Parkinson’s news and research, states that “paraquat is dangerous to Americans who work in food and agriculture, but also to everyone who eats food treated with it, as there can be herbicide residue on fruits, vegetables and the soil. The Michael J. Fox Foundation (MJFF) believes that all Americans should be protected from potential exposure to paraquat and that the Environmental Protection Agency (EPA) should ban this dangerous chemical.”

Who is at risk for paraquat injuries?

Those most at risk for paraquat and herbicide-related injuries include:

If you believe you developed Parkinson’s as a result of paraquat exposure, the attorneys at McGowan, Hood, Felder & Phillips, LLC want to hear your story.

Signs and symptoms of Parkinson’s

Recognizing the early signs of Parkinson’s disease (also called PD) can help you or your loved one receive treatment more quickly and get certain symptoms under control. Although PD may manifest differently for different people, the Mayo Clinic lists the most common signs as:

The Mayo Clinic notes to “see your doctor if you have any of the symptoms associated with Parkinson's disease — not only to diagnose your condition but also to rule out other causes for your symptoms.”

The complications from Parkinson’s can be severe. Some, but not all, of these conditions are treatable. Serious conditions associated with PD include:

Research dating as far back as 2009 shows the link between paraquat exposure and development of Parkinson’s disease. Manufacturers of this product should have known of the risks associated with the herbicide and taken the appropriate measures to warn consumers. However, they did not.

The financial impact of Parkinson’s disease

An article in Environmental Health points out that before 2017, anyone could mix and apply paraquat as long as they were supervised by a certified applicator. This means that hundreds of thousands of farm laborers and workers used paraquat for years without proper safety or exposure training.

The South Carolina product injury attorneys at McGowan, Hood, Felder & Phillips, LLC understand the massive financial and emotional cost of Parkinson’s disease. According to the Unified Parkinson’s Advocacy Council’s letter to the EPA:

The economic and emotional costs of living with Parkinson’s are too high to continue allowing the use of an herbicide so strongly linked to the disease. A person with PD spends an estimated $26,400 per year on their care, and Parkinson’s results in an annual economic burden of $19.8 to $26.4 billion in the United States. Many of those costs affect the government because of the significant number of Parkinson’s patients who rely on programs like Medicare, Medicaid and Social Security Disability Insurance.

Who is responsible for paraquat injuries?

The main manufacturers of paraquat herbicides and weedkillers include Syngenta and Growmark, selling a variety of products under names including:

Syngenta and Growmark are facing a growing number of lawsuits, dating back to October 2017, when a farmer filed a class action lawsuit on behalf of himself and other agricultural workers who developed PD after exposure to paraquat. All plaintiffs allege they were unaware of the serious health risks, including Parkinson’s, of the herbicide manufactured by the companies.

Can I take legal action if I developed Parkinson’s from paraquat herbicide?

The South Carolina product liability attorneys at McGowan, Hood, Felder & Phillips, LLC can help you or your loved one if you suffered injuries from exposure to paraquat. Manufacturers of any type of product have a duty to provide goods that are not unreasonably dangerous to consumers. With so many studies proving the link between this toxic chemical and PD, if manufacturers are still unwilling to take these products off the market, they must be held responsible when their products harm the hardworking public.

If you developed Parkinson’s disease from exposure to paraquat herbicide and weedkiller, you may be eligible for the following compensation:

Contact our law firm today and we can help determine whether or not you have a strong case.

If you or a loved one developed Parkinson’s disease after exposure to the herbicide paraquat, you may be entitled to compensation. Our attorneys will work to secure the financial recovery you need to treat your condition, improve your quality of life, and hold the negligent companies responsible. At McGowan, Hood, Felder & Phillips, we work to pursue justice for injury victims. Call us today at 803-327-7800 or fill out our contact form and schedule an appointment. We proudly serve clients throughout the South Carolina and nationwide from offices in Columbia, Rock Hill, Sumter, Greenville, Charleston, and Georgetown.