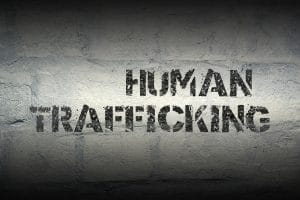 On Friday, December 6th, South Carolina Attorney General Alan Wilson announced a new partnership with the South Carolina Human Trafficking Task Force and the South Carolina Beer Wholesalers Association. The association, which has more than 11,000 accounts across the state, has nearly one million delivery stops, according to an article on WBTW. All of their drivers and delivery people will be trained in spotting signs of human trafficking, as well as provided with quick reference cards on how to report suspected trafficking. The association’s delivery trucks will also be outfitted with the National Human Trafficking Hotline (888-373-7888).

Attorney General Alan Wilson told WBTW, “Now that they’re a member of the association, they’re going to train their drivers because they’re walking into all the restaurants and all the bars and all the grocery stores and they’re seeing first hand…so they’re going to be a huge asset to help us raise awareness of human trafficking in South Carolina.”

This collaboration comes just a few weeks after the South Carolina Restaurant and Lodging Association announced their own affiliation with the South Carolina Human Trafficking Task Force. Attorney General Wilson explained, “A lot of the illicit conduct in trafficking happens at hotels and motels. Traffickers and their victims have to eat. They go to restaurants like everyone else.” Hotel and restaurant staff, like beer distributors, will learn the signs of human trafficking and how to report it.

Human trafficking and sex trafficking occur when a person is being held and controlled against his/her will. This can include coercion, forced labor or sexual exploitation. There are various red flags that can point toward human trafficking, including:

You can learn more about the common indicators of sex trafficking here.

If you or someone you love has been a victim of sex trafficking, the attorneys at McGowan, Hood & Felder, LLC want to help. We are compassionate to your situation and work to pursue justice on your behalf. If you prefer speaking with a female attorney, just let us know and we’ll arrange it for you. Call 803-327-7800 and schedule a free case evaluation, or fill out our contact form from any device. We maintain offices throughout the state.