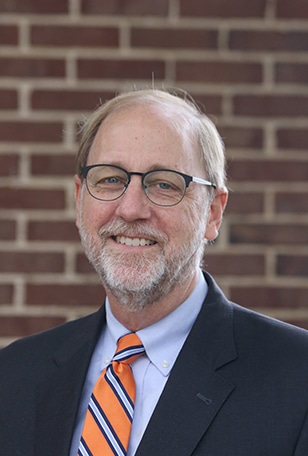 Russell has practiced law in Columbia, South Carolina, for 32 years. A native of Virginia, Russell moved to Columbia with his family after graduating from the University of Virginia School of Law in 1985, and began a practice focusing on complex business litigation, antitrust, product liability, and personal injury claims. He has worked on several class action suits ranging from price fixing and monopolization to breach of fiduciary duty. Often these cases involve the discovery and management of millions of documents and emails, and challenging the opinions of Ph.D. economists, financial advisors, or other expert witnesses. The keys to successfully litigating such large cases is attention to detail, perseverance, and the development of a deep understanding of the factual and technical bases for expert opinions.

Prior to joining McGowan Hood, Russell was a partner in the Columbia office of Nexsen Pruet. He was co-lead counsel in In re International Textile Group Merger Litigation, a class action and derivative lawsuit against private equity financier Wilbur Ross (now U.S. Secretary of Commerce) and his investment company, W.L. Ross & Co. The suit involved a merger between two companies that Ross controlled. Ross, a purported billionaire, allegedly violated his corporate fiduciary duties to the minority shareholders of a South Carolina company, as judged under Delaware's entire fairness standard. After four years and nearly sixty depositions, the case settled one week before trial for $81 million and nearly $300 million in debt forgiveness. It was one of the largest fiduciary duty recoveries in South Carolina.

Over the years, Russell's clients have been both large and small: from homeowners or tree farmers to some of the largest companies in the world. Whether representing an individual or a large company, understanding the perspective of both sides enables Russell to provide sound advice, whatever the issue or amount in dispute.

Russell and his wife are proud parents to their seven children and nine grandchildren (and counting). Russell has coached youth soccer and baseball, as well as his boys varsity high school basketball teams. Russell has also served as a deacon at First Presbyterian Church, and on the Vestry at Church of the Apostles in Columbia.