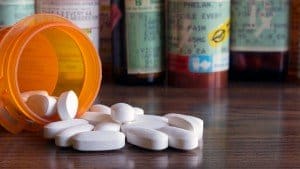 In late December of 2018, federal prosecutors announced that Michael Babich, former CEO of Insys Therapeutics, agreed to plead guilty to participating in a bribery scheme which gave kickbacks to doctors in exchange for prescribing a powerful opioid painkiller. Babich, who resigned his role as CEO of the Arizona-based drug manufacturing firm, was scheduled to face trial next month; he has agreed to plead guilty to conspiracy and mail fraud charges, according to an article in the New York Times. The Times story reports that five former Insys executives and managers, including John Kapoor, the company’s founder and chairman, are still scheduled to go to trial later in January and have pleaded not guilty.

A wide-spread scheme to defraud patients and insurers

Insys Therapeutics manufactured a fentanyl-based spray called Subsys, that was supposed to be prescribed for acute pain – the type of pain that comes with late-stage cancer. Instead, Insys bribed doctors throughout the country to prescribe the drug to patients for pain management, regardless of the severity of the patients’ illnesses. In return for the business, doctors were given “speakers fees.”

An NBC News.com story reports that Insys agreed to pay $150 million to settle related claims in August. An Insys sales rep who became a whistleblower, Patty Nixon, told an NBC reporter that Insys would lure doctors into prescribing the opioid pain drugs to patients who did not need it. Nixon was later fired because she felt so guilty about lying, so she stopped showing up for work.

The company also defrauded insurance companies by telling insurers that the drugs were being given to cancer patients, even when they were not.

Multiple Insys employees and executives have been charged with multiple crimes

Doctors throughout the country have been charged with various crimes for engaging in the kickback scheme and running “pill mills,” but many of Insys’s employees and executives have also been charged.

One employee was charged with wire fraud. Five former employees have been charged with racketeering, and so has former CEO and founder, John Kapoor. Two salespeople have pled guilty to engaging in kickbacks (one of whom is Babich’s wife).

Real people are suffering because of Insys

Christopher Clough, a physician assistant, prescribed Subsys to Mackenzie Colby, a mother of three, to manage the pain she was experiencing in her back after a fall. Unbeknownst to Colby, Clough later increased her dosage from 200 micrograms to 1200 micrograms in eight months, until her insurance company was paying $23,000 per month. Colby found when she tried to cut back on the medication that she had become addicted to it.

It turns out that Clough was being paid thousands of dollars in “speaking fees” from Insys. He was charged with eight federal counts for the alleged kickbacks to which he pleaded not guilty.

“It makes me sad that a lot of these doctors, these brilliant people, threw their life away for money,” Colby told NBC News. “But then they harmed so many people to do it.”

This is an ongoing story, and we will continue to bring you updates.

If you were negligently prescribed Subsys, McGowan, Hood, Felder & Phillips, LLC wants to hear from you. We are currently accepting clients seeking damages from Insys Therapeutics, or doctors engaged in the kickback scheme. To schedule a free consultation with Randy Hood, please call 803-327-7800 or fill out our contact form.