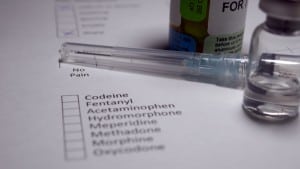 Reuters has reported that Elizabeth Gurrieri, a former employee of Insys Therapeutics, is expected to plead guilty to one count of wire fraud conspiracy. As per the report, Gurrieri’s “agreement to cooperate came as Insys works to reach a settlement with the U.S. Justice Department in connection with the investigation.” She is the second employee to come forward and admit guilt.

What did Insys do wrong?

Insys Therapeutics created a fentanyl sublingual drug called Subsys. That drug was designed to treat acute pain breakouts in cancer patients. Realizing there was money to be made, Insys executives launched a scheme to convince doctors, either through bullying or by offering kickbacks, to prescribe the drug for off-label use as a drug for chronic pain management. As McGowan, Hood & Felder, LLC reported, the employees were forced to pose as doctors and healthcare professionals and then told to lie to insurance companies, so that the company could be reimbursed by those insurers.

The scheme netted Insys millions, and subjected people throughout the country to the risk of opioid addiction and death.

McGowan, Hood & Felder, LLC, is currently accepting cases against Insys Therapeutics. If you or your loved one was prescribed Subsys for an off-label use and sustained an injury because of it, we want to hear from you. Please call 803-327-7800 or fill out our contact form to learn more.