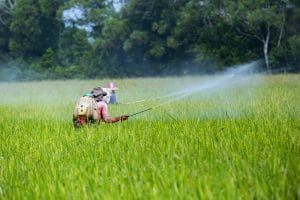 From the moment parents bring their child home, they typically try to do everything in their power to protect that child. This includes feeding them a healthy diet that includes plenty of fruits and vegetables. Imagine doing all of that and then realizing that your child is suffering from neurological damage that is the direct result of pesticides used on food crops. Tragically, this is a scenario that many parents do not have to imagine, because of a toxic chemical called chlorpyrifos.

In use for half a century, chlorpyrifos is a powerful chemical that is sprayed on fruits and vegetables to kill pests. Studies have shown that it is dangerous if inhaled or ingested and can cause a range of issues, including neurological problems in children. Environmental, labor, and public health groups have lobbied against the use of chlorpyrifos for ten years.

The Environmental Protection Agency (EPA) recently announced that it will ban the use of chlorpyrifos as a pesticide on food crops in the United States. This is a reversal of a 2017 ruling in which then-EPA Administrator Scott Pruitt opted to keep the pesticide in use even though the agency’s scientists recommended it be restricted based on the potential risks associated with it.

The use of toxic chemicals such as chlorpyrifos can cause serious, long-term damage to the health and well-being of both children and adults. If you or a loved one were exposed to chlorpyrifos and believe you may have suffered health issues as a result, it is time to speak with a personal injury attorney.

Is chlorpyrifos really that toxic?

According to lawsuits filed in California in 2020, when chlorpyrifos breaks down, it becomes a residue that is 1,000 times more toxic than in its parent. That residue, Bloomberg Law reports, “can stick around, clinging to walls, car dashboards, and even a teddy bear.” That residue can also stick to food. According to the non-profit Natural Resources Defense Council, Inc., the EPA “has found that residues from the toxic pesticide chlorpyrifos are lurking on many of these foods—at levels up to 14,000 percent higher than the ‘safe’ limits.”

Additionally, exposure to chlorpyrifos can cause obesity and vision problems and can also cause serious health issues in adults who are exposed to it. In some cases, it can cause death.

What are the signs of chlorpyrifos poisoning?

According to the U.S. Centers for Disease Control (CDC), exposure to chlorpyrifos may occur via inhalation or ingestion. Breathing in the air is dangerous enough but eating a piece of fruit that was treated with the pesticide is, potentially, more common – and just as risky.

Where and how is chlorpyrifos used?

Since 1965, chlorpyrifos has been used in agriculture, where it is sprayed on a variety of fruit, vegetable, and legume crops, including the types of crops grown in South Carolina. Peaches, apples, strawberries, grapes, and other fruits often given to children may all have chlorpyrifos residue on them.

According to the National Pesticide Information Center (NPIC), chlorpyrifos is also used on golf courses and to control fire ants and mosquitos for public health purposes. Additionally, wood fences and utility poles are often treated with products containing chlorpyrifos. It is also used in some flea and tick collars for pets.

Since 2000, federal regulations have limited the use of chlorpyrifos to treat termites and other pests inside homes.

Are children the only ones at risk of being poisoned by chlorpyrifos?

No. While young children are most at risk, anyone who inhales or ingests chlorpyrifos is in danger of being poisoned. Per the EPA, other than children, farm workers are the most at-risk group due to their significant and prolonged exposure to this toxic chemical while working in agricultural fields that have been sprayed with chlorpyrifos and around cattle that have been treated with it. This exposure can cause a variety of health issues or even death.

The danger is significant for farm workers who may be pregnant, as exposure in the womb has been shown to cause developmental delays in infants and children.

According to the NPIC, chlorpyrifos is also toxic to animals, birds, fish, and bees.

What should I do if I – or my child – was exposed to chlorpyrifos?

If you believe that you or your child have been exposed to chlorpyrifos and are suffering health issues because of it, you may be entitled to compensation. This is particularly important if your child suffered neurological damage due to exposure in utero or after being born. Depending on the severity of their injuries, your child may require lifelong medical and personal care. Rather than shoulder the burden of these expenses on your own, it is important that those responsible for exposing you and your child to this known toxic chemical are held accountable.

To that end, it is imperative that you with an attorney about your case. Testing should confirm if you or your child have been exposed to chlorpyrifos. Detailed documentation will be needed regarding all of your symptoms and related medical issues – especially when they began – and how and when you believe you were exposed to chlorpyrifos. It is important that you consult an attorney who has experience dealing with toxic chemical cases in South Carolina.

The personal injury lawyers at McGowan, Hood, Felder & Phillips, LLC fight for the injured. Serving clients throughout South Carolina, we have represented victims in cases involving toxic chemicals and child injuries. Call us at 803-327-7800 or complete our contact form today to schedule a free consultation with one our attorneys.