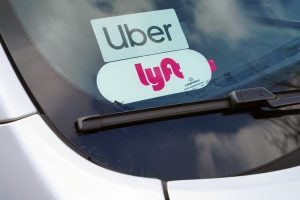 Rideshare services like Uber and Lyft are increasingly prevalent in South Carolina and across the country. Ease of use, on-demand availability, and convenience have made these services explode in popularity ever since Uber was founded in 2009. The rapid growth of this industry has also caused a slew of legal issues, as courts and legislators are racing to keep up as new challenges which seem to pop up every day.

According to the Pew Research Center, 36% of all American adults, and 51% of adults age 18 to 29, have used rideshare services like Lyft and Uber. That’s a lot of passengers, with a lot of non-professional drivers transporting them around. If you’ve used a rideshare before, you’ve probably wondered what might happen if your Uber or Lyft driver has an accident – or even assaults you.

A current controversy happening with rideshare injury claims and liability involves what’s called “common carriers.” Common carriers include bus companies, taxis, and limousines. In the simplest of terms, common carriers are individuals or entities in the business of transporting people or freight from place to place for a charge or fare.

Common carriers have a higher duty under the law to protect the safety of their passengers. This means, for example, if you’re in a bus accident, the bus company is liable for your injuries and losses. The same is true with a taxi or a limo. When Uber and Lyft first launched, states assumed the companies would operate under common carrier laws, as by definition, they operate much the same as taxis or limos.

However, Uber and Lyft have strenuously argued and lobbied to ensure they are not categorized as common carriers. They are doing everything possible to avoid higher duties to customers for any injury-related incidents caused by their drivers. Some states, like Florida, have even passed legislation specifically stating rideshare companies are not common carriers and therefore are not subject to a higher duty of care.

This type of legislation and lobbying makes it even more difficult for accident and assault victims to take legal action against Uber or Lyft directly. Even in states without a specific law, victims are still facing challenges. A recent decision by an Illinois appellate court rejected a Jane Doe’s argument that Lyft was liable after she was sexually assaulted by her driver. The court ruled that by using a smartphone app that provides a photo and license plate of the driver, companies like Lyft and Uber add a layer of protection that makes them unique from common carriers.

Lyft and Uber also exclude common carrier service in their terms of use.

If you are injured in an Uber or Lyft

Rideshare companies do provide some protections, and their drivers are required to be insured. These companies operate under an insurance system that’s based on the driver’s active (or inactive) job status:

If you were injured in an Uber or Lyft – whether an accident, assault, or other incident – the attorneys at McGowan, Hood & Felder, LLC can help hold the responsible parties accountable. To schedule your free consultation with one of our South Carolina injury attorneys, call 803-327-7800, or we invite you to reach out to us through our contact page.