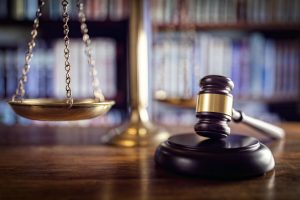 On August 26, 2019, Oklahoma District Judge Thad Balkman “ruled against Johnson & Johnson in the state’s opioid case, forcing the company to pay $572 million in the first ruling in the U.S. holding a drugmaker accountable for helping fuel the epidemic,” per CNBC.com. This landmark case is the first of about 1,900 federal lawsuits against the major manufacturers of opioids.

“that J&J and its pharmaceutical subsidiary Janssen aggressively marketed to doctors and downplayed the risks of opioids as early as the 1990s. The state said J&J’s sales practices created an oversupply of the addictive painkillers and ‘a public nuisance’ that upended lives and would cost the state $12.7 billion to $17.5 billion…. [Furthermore,] J&J and others rushed to produce a ‘magic pill’ in their pursuit of profits, while ignoring decades of scientific research that showed the dangers of opioids.

Johnson & Johnson was the last defendant left in a trial that lasted seven weeks. Purdue Pharma and Teva Pharmaceuticals were also named in the lawsuit, but both drug manufacturers settled before trial without admitting any wrongdoing.

Johnson & Johnson claims it will appeal the ruling.

To learn more about how McGowan, Hood & Felder, LLC may be able to help you with a dangerous drug claim, please call 888.302.7546 or fill out our contact form and schedule an appointment.