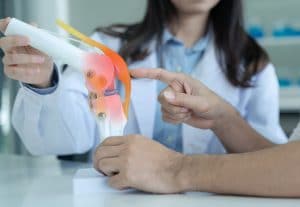 DePuy Synthes promised in its marketing campaign for the Attune Knee System that it would give patients the opportunity to enjoy a greater range of motion in a shorter stay in the hospital. Instead, patients have sustained debilitating injuries, necessitating a second revision surgery only months or years after the initial Attune Knee System procedure. This falls far short of the 20 year service life one should expect from a knee replacement.

History of the Attune knee system

In 2010, DePuy Synthes gained approval from the Food & Drug Administration (FDA) to place the Attune Knee System on the market. Since then, over 700,000 individuals have received this knee prosthesis which is supported by cement fixation service that has the potential to loosen. The approval granted by the FDA categorize the prosthesis is a class II medical device through the often debatable 510(K) process. Through this process manufacturers are not required to provide proof of clinical testing but only demonstrate their products are substantially equivalent to other previously approved medical devices. Critics of the process assert that it seriously compromises the safety of patients.

According to a report from the International Consortium of Investigative Journalists, over 1.7 million patients have suffered injury from their own medical devices over the last decade. A large percentage of these devices, including the Attune Knee System, gained approval through the 510(K) process.

When a failure occurs with an Attune knee replacement, the patient may experience swelling, chronic pain, and a considerable decrease in range of motion. As of June 2017, the FDA had received 1,400 injury reports connected with the use of the Attune Knee System. Of these, over 600 required revision surgery.

As a result of the statistics, injured patients have been filing lawsuits against DePuy Synthes, claiming they have suffered early failure of the Attune Knee System. Several the initial lawsuits have been filed in Florida, Alabama, and Missouri.

Patients who have a defective Attune knee prosthesis require careful, attentive medical care and supervision from a skilled and experienced orthopedic surgeon. Sometimes a second revision surgery is also required to resolve the complications. Additional surgeries can create other complications for the patient as well. Having proper legal representation can help patients access the compensation they need to handle all the medical bills involved.

While undergoing medical care and recovery resulting from the Attune Knee System, you may be left without the ability to work while still needing to cover your regular household expenses in addition to other medical bills.

At McGowan, Hood & Felder, LLC, our South Carolina dangerous medical device attorneys work hard to help individuals who have suffered injuries from medical devices that have malfunctioned. We can handle the most complex cases involving dangerous medical devices, and help you pursue the financial compensation you deserve for your injuries. To set up a free case review, call us today at 803-327-7800 or send us a message through our contact form.