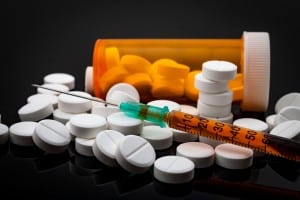 Opana ER was formulated to deter or prevent abuse, with a crush-proof coating that reduced addicts’ ability to inhale or “snort” the drug. However, through grating and dissolving the new coated pills, drug abusers found the medication—originally designed to provide pain relief for patients with chronic, severe, long-term pain—was now injectable, leading to a quicker high and more likely overdose. This shift in route of administration led the FDA to take the unprecedented step of requesting that Endo Pharmaceuticals take the medication off the market.

All opiates are derived from, or are synthetic forms of, the chemicals found in morphine, a product of the seeds of the poppy flower. These chemicals, while highly effective in controlling pain, are also extremely addictive, can cause painful withdrawal when taken for too long, and can lead to respiratory depression and death when taken in too high a dose. Opana ER was formulated for the management of moderate-to-severe pain in a continuous, around-the-clock dose for an extended period—a need usually restricted to patients suffering from end-stage cancers or the like. The drug had been a huge success for Endo Pharmaceuticals, with net sales in 2011 of $384 million. While sales have dropped since then, a great proportion continues to be diverted to non-patients and abused.

While the direct effects of opiate misuse are easily seen through increasing rates of addiction issues and overdose deaths in the community, there are other, more pernicious results as well. Injection misuse of Opana ER specifically has been directly cited as the cause of both an HIV outbreak in Indiana, but also as the origin of a new blood disorder: a thrombotic thrombocytopenic purpura-like illness (TTP). This new illness appeared in 2012 in Tennessee among users of injected Opana ER, causing symptoms such as thrombosis in arterioles and capillaries, appearing as thrombocytopenia and microangiopathic hemolytic anemia. Affected patients required hospitalization and transfusions of platelets to avoid serious outcomes, including death. Both of these diseases are transmitted via the sharing of infected needles, and both can have a significant incubation period wherein the victim is unaware of any symptoms. While overdoses can be quick and easy to detect, blood-borne illness requires testing and the incursion of significant medical debt to treat or address.

For these reasons, and others, the FDA made the decision to request, though not demand, that Endo Pharmaceuticals withdraw Opana ER from the market. The acquiescence of Endo Pharmaceuticals is also a welcome surprise, as it may pave the first step to holding Endo accountable for the lives irreparably damaged, and even lost, to this drug. This is a victory for all those who care for those who suffer from addiction, for those who care for their communities, and for those who see no purpose in a dangerous drug remaining available for abuse.

At McGowan, Hood, Felder & Phillips, LLC, our South Carolina dangerous drug attorneys defend clients’ right to compensation after encounters with defective, dangerous medications.  If you have become ill after a medical procedure or hospitalization and need help, call 803-327-7800 or fill out our contact form