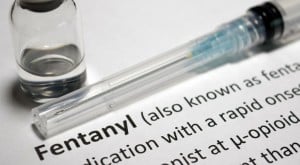 In New Jersey, advocates are frustrated because the state has decided to only look into off-label usage. Many debates about whether off-label usage is ethical or should be legal have popped up, and the larger debate about Subsys rages on.  In 2016, Senator Edward Markey of Massachusetts penned a letter about the dangers of Subsys to the U.S. Food and Drug Administration (FDA). A small percentage of the dangerous drug’s prescriptions are prescribed by oncologists for on-label use of pain related to cancer.

Insys Therapeutics preyed on the sick and hurt for profit

More so than the debate over the best uses of Subsys, the drug’s manufacturer, Insys Therapeutics, is in hot water for predatory marketing and possible fraud. Soon after the drug’s premiere, Insys executives were working with doctors and a mail order pharmacy to incentivize health care providers to prescribe this drug for non-cancer pain management. The Illinois Attorney General filed a lawsuit against Insys alleging that the company has engaged in healthcare fraud. Currently, the suit is seeking an unnamed amount of financial penalties, as well as a permanent ban on the sale of Subsys in Illinois. In Oregon, the Attorney General has already garnered a settlement of $1.1 million for Insys’ use of false marketing and “improper payments.”

There are a slew of other allegations and investigations, as well. The message is clear: Insys used its only marketed product, Subsys, to bribe doctors and scam patients. The result of these unethical practices is that Insys has become a willing propagator of the devastating opioid crisis in this country.

Living with chronic pain is a life sentence for some, but it does not mean that you have to be at the whim of pharmaceutical companies that want to hook you on medications so they can make an extra buck. Taking advantage of those with drug dependencies, cancer, or chronic pain is heartless and should not be tolerated.

The dedicated defective drug attorneys at McGowan, Hood, Felder & Phillips, LLC have represented those harmed by dangerous drugs for years, and we have the experience to help you understand your case and seek fair compensation. Your health is the most important thing to secure, but if you or a loved one has suffered harm because of a dangerous drug, you might need a compassionate team of lawyers to obtain justice on your behalf. Contact us online or call us today at 803-327-7800 for a free case review.