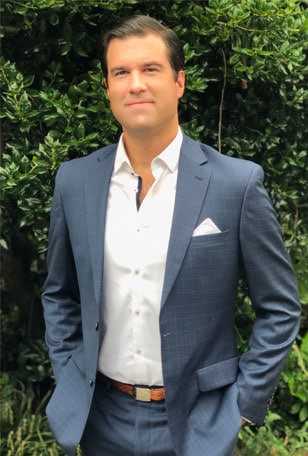 Trey Jones practices in the Columbia office of McGowan Hood & Felder. His primary areas of legal practice are medical malpractice, assisted living facility and skilled nursing home abuse/negligence cases, but he also represents people in a variety of other personal injury cases.

In law school, Trey received the CALI Award, given to the student earning the highest marks in the course, in “Interviewing, Counseling and Negotiation.” His passion for counseling clients and negotiating settlements, along with establishing personal relationships with his attorney counterparts, play large roles in obtaining favorable results for his clients.

Trey is a trial lawyer, and he has a passion for being in the courtroom. It is a passion he first discovered while clerking for a circuit court judge his first year out of law school—and a passion he developed into skill as he tried many cases to verdict during the first six years of his career while working for large South Carolina insurance defense law firms. That defense-firm experience provided Trey with the ability to analyze and evaluate cases from the viewpoint of the insurance company—insight that allows Trey to identify strengths and weaknesses in his cases and develop strategies to keep the cases moving forward. Trey finds reward in obtaining great results for his clients inside and outside of the courtroom. He prides himself on providing honest, accountable and straightforward counseling to his clients.