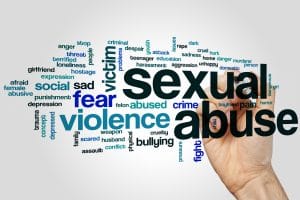 Many victims of rape are denied closure because their attackers are never caught. Even if you know who your attacker is, proving it under criminal law standards can be difficult without physical evidence. This is why getting a forensic exam, commonly called a “rape kit,” after an assault is so important.

Jurisdictions around the country have had a serious backlog of untested rape kits for years, making it virtually impossible for victims to get the justice they rightfully deserve. Kits are often lost in a sea of shelves in evidence warehouses, or inadvertently destroyed, or labs lack the proper staff and resources to process them when needed. Victims who have experienced sexual abuse and assault may feel victimized by the system all over again.

The importance of rape kits

A rape kit is an invaluable tool used in the identification of sexual assault assailants and rapists. The entire purpose of using these exams is to collect and document physical evidence for testing to prove the perpetrator’s identity. These forensic exams collect fibers, hair, DNA, photos of physical trauma, and other substances and materials that undergo testing to match up with evidence obtained by law enforcement from suspects. The exam can feel like another personal violation for the victim, so there are specially trained nurses and medical units which handle the exam as delicately and meticulously as possible.

The rape kit backlog is a very real issue

Rape kits have been collected for decades, and the presumption by the general public has been that the tests were processed, and attackers have been brought to justice. Over the last several years, however, it has come to light that “as many as 200,000 rape kits sit unopened in police storage while assailants – the people whose genetic fingerprints are decisively coded within such kits – are able to dodge prosecution and, in some cases, strike again.”

That’s 200,000 victims who were never given the chance to confront their attackers, and thousands of attackers who got away with it.

South Carolina is solving a problem for victims

According to the Centers for Disease Control and Prevention, nearly half of all women and 18% of men in South Carolina have reported being sexually assaulted or coerced into sexual acts, not including rape. Reporting, however, is different from filing a police report and seeking to hold an attacker responsible.

South Carolina is just one state that has a backlog of rape kits, which have taken up residence on shelves. While our state has one of the lowest backlogs – last believed to be around 813 rape kits – Governor McMaster recently saw an opportunity to empower victims to hold law enforcement accountable.

Governor McMaster has signed a bill requiring South Carolina Law Enforcement Division (SLED) to track rape kits waiting to be tested. Victims will be provided a tracking number that they can use to monitor the status of their kits. While the law doesn’t mandate that law enforcement actually test the kits, victims will be able to push for testing if their kit hasn’t made progress in a reasonable amount of time.

For victims of sexual assault, having the ability to hold your attacker accountable is paramount to the recovery process. South Carolina is moving in the right direction to protect the rights of victims.

The experienced sexual abuse and assault attorneys at McGowan, Hood & Felder, LLC represent survivors who wish to pursue a civil claim against their aggressors for the physical and psychological pain inflicted on them. If you wish to work with a female attorney, we can ensure that you do. To schedule your free consultation in one of our secure office locations throughout South Carolina, please call 803-327-7800, or reach out to us through our contact page to tell us your story.