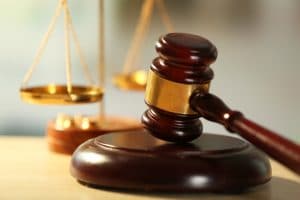 A preliminary settlement has been approved by special state Judge Jean Toal in the class action lawsuit against Santee Cooper and SCANA. The $520 million settlement would be among the largest cash settlements in South Carolina history. James L. Ward, partner at McGowan, Hood & Felder, LLC, served among class counsel for the plaintiffs.

For years, Santee Cooper and SCANA (purchased by Dominion last year) raised their rates to pay for the construction of two nuclear reactors: “In July 2017, after spending billions on the project, Santee Cooper and SCE&G abruptly announced their nuclear construction project had failed and they were abandoning it,” The State reported. More than 20 lawsuits were filed against the energy companies.

Under the settlement agreement, Dominion will pay $320 million, and Santee Cooper will pay $200 million. The deal also includes:

The case was scheduled to go to trial in April. During Tuesday’s hearing, Jay Ward told Judge Toal: “If this [settlement] is not approved, this case is subject to additional years of litigation.”

McGowan, Hood & Felder, LLC represents clients in class action lawsuits and has secured millions of dollars in relief for clients throughout the state and nation. To schedule a free consultation, please call 855-296-0828 or fill out our contact form from any device. McGowan, Hood & Felder, LLC proudly serves people throughout the state, from offices in Columbia, Rock Hill, Sumter, Georgetown, Charleston, and Greenville.