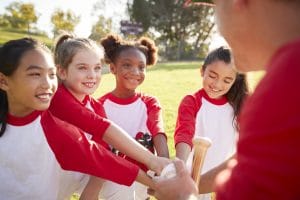 Sports coaches – especially the ones who work with our children – are supposed to be motivators, teachers and sometimes even amateur psychologists. When those coaches fail in their responsibilities and instead expose our children to psychological or physical abuse, they need to be held accountable for their actions. A recent article in Sports Illustrated shows the pervasiveness of this issue.

Retired hockey champ Daniel Carcillo spoke to the magazine about his experiences being brutally hazed and abused as a rookie player. Soon after, other athletes spoke up about their alleged verbal and physical abuse from coaches Bill Peters and Mike Babcock. Unfortunately, coaching abuse and mistreatment doesn’t just occur at the professional or college level. It occurs at the youth sports level as well, where victims have much less power and ability to advocate for themselves.

When coaches take it too far

There’s a fine line between “tough love” and abuse. And, just because a coach might tell you or your child that’s the just way “things used to be done” doesn’t mean it’s right. Gretchen Kerr, a professor at the University of Toronto, researches athlete mistreatment and spoke to Sports Illustrated.

“Far too many people in sports think that you have to be tough and abusive in order to get the best out of athletes,” she said. “All of that stuff around mental toughness runs against everything that we know about how people learn, what motivates people, under what conditions do people perform their best, and yet we continue to perpetuate these misconceptions. It’s just been normalized.”

For example, a youth football coach in North Carolina was recently charged with child abuse after allegedly setting up a fight between a 10-year-old and 11-year-old boy.

The Protecting Young Victims from Sexual Abuse and Safe Sport Authorization Act of 2017, also called the “Safe Sport Act,” ushered in a new standard of care for youth sports organizations. This legislation implements nationwide policies and procedures to make amateur and young athletes less vulnerable to abuse from authority figures like coaches. These procedures include matters like mandatory reporting, oversight, training and proactive child abuse prevention.

The Safe Sport Act directly affects four groups, but can have a trickle-down effect to other sports organizations as well:

When a sports coach or other authority figure verbally or otherwise abuses your child, the effects can last a lifetime. Research shows that verbal abuse can do long-term harm. Children exposed to abuse may:

Our lawyers understand that abusive coaches and authority figures will not change their behavior until they are held accountable.

If you believe your child’s coach is abusing them or other children in their sports organization, contact the attorneys at McGowan, Hood & Felder, LLC today. We can discuss your case and your options, and fight aggressively to protect your child. Call us at 803-327-7800 or reach out to us through our contact page. We serve clients throughout South Carolina.