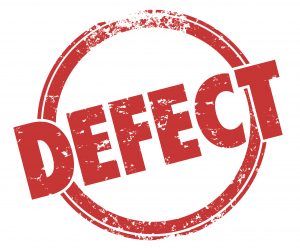 With a recent decision in February 2019 to release information previously concealed from the public concerning defective medical devices, the U.S. Food and Drug Administration is making the dangers of many medical devices more visible to the American public.

Over the last two decades, the FDA has permitted manufacturers to provide reports in quarterly installments throughout the year regarding 100 medical devices – a program referred to as alternative summary reporting. Other data which pertained to complaints and knowledge of malfunctioning medical devices remained hidden. The manufacturer was allowed to simply provide a summary of incidents to the FDA.

Based on a report from the International Consortium of Investigative Journalists (ICIJ) regarding hundreds of thousands of breast implant incidents concealed from the public under the alternative summary reporting program, this change was announced. Women and their families complained about these breast implants causing debilitating illnesses which included cancer. Physicians who use these devices were also kept in the dark from information in the alternative database.

An editorial published by the New York Times on May 4, 2019 reviewed the FDA alternative reporting database and the agency’s decision to make public the data contained in these reports. The NYT story honed in on another announcement from the FDA that “it couldn’t guarantee the long-term safety and efficacy of vaginal mesh products — medical devices that have been on the market for decades.”

“The mesh, which is used to hold pelvic organs in place when muscles become too weak to do the job, has long been tied to life-altering injuries, including nearly 80 deaths as of 2018. In the past decade, seven companies have spent a collective $8 billion to resolve more than 100,000 patient claims — making litigation over vaginal mesh (or pelvic mesh, as it is sometimes called) one of the largest mass tort cases in United States history.”

The litigation demonstrated that no clinical data exists to justify approval of these medical devices.

According to the Times, the FDA has failed in its duty to regulate breast implants and other faulty medical devices. It reported that during the past decade, approximate 2 million injuries and 80,000 deaths occurred as a result of defective medical devices. Many of these devices gained approval with minimal or zero clinical testing involved.

The FDA asserts that any risks or  dangers associated with the medical devices it has approved are balanced by the innovative health benefits these devices have brought to the market.

At McGowan, Hood & Felder, LLC, our South Carolina dangerous medical device attorneys possess the know-how and experience to help you pursue rightful compensation if one of these devices has caused you injury. To arrange a free consultation about your case, call us today at 888.302.7546 or complete our contact form.