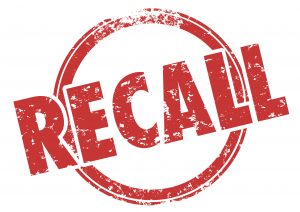 In July 2018, several drug companies started recalling dozens of lots of heart and blood medications – specifically valsartan, losartan, and irbesartan – after tests found the drugs had trace amounts of impurities and carcinogens. These recalls have been ongoing into early 2019.

The Food and Drug Administration (FDA) is currently investigating the underlying causes of the contamination with carcinogenic substances. The FDA’s inspection is not complete, but past inspections at companies in China and India have revealed a regular pattern of problems in the manufacturing process before the problems with these tainted drugs were even discovered.

We have gathered together some common questions and answers about these recalls, what drugs are affected, and what the FDA is doing about it.

What drugs are being affected by the recalls?

Why were the drugs recalled?

The FDA traced impurities in the drugs back to factories in China and India that make and supply the valsartan ingredients to drug companies all over the world. After testing this past summer, the FDA discovered the factories contained N-nitrosodimethylamine (NDMA), a possible carcinogen.

Then, in September, the FDA reported testing revealed a second contaminant, N-Nitrosodiethylamine (NDEA), in some valsartan drugs. Further inspection reports revealed this problem at both factories.

What factories made these tainted drugs?

At Hetero Labs in Jadcherla, India, before a 2016 inspection, workers were discovered shredding documents. The FDA issued a warning regarding failure to investigate discrepancies in drug batches, as well as one about regularly cleaning equipment.

Although the FDA eventually issued an import alert against the Zhejiang factory to prevent its drugs from being shipped to the United States, it has not currently issued one against Hetero.

What if I take these types of drugs?

Many lots of medication were recalled. You can find the most current and full list of recalled drugs on the FDA website.

What is the FDA doing to make my medicine safer?

International drug manufacturers are subject to FDA inspection and are also required to warn federal regulators if they change anything about how they make their drugs.

According to Janet Woodcock, director of the FDA’s Center for Drug Evaluation and Research, the FDA investigation is targeting the supply and manufacturing chain. “While the total exposure to these impurities for most patients was small, we are deeply concerned that patients were exposed to this impurity in the first place and that the presence of nitrosamines went undetected for a period of time. The potential for the development of genotoxic impurities during manufacturing processes is an area of intense focus.”

She also adds, “We remind patients taking these medications or any recalled ARB to continue taking their current medicine until their pharmacist provides a replacement or their doctor provides an alternative treatment option.”

If you were harmed by valsartan, losartan, irbesartan, or another dangerous drug, the attorneys at McGowan, Hood & Felder, LLC can help. Call us at 803-327-7800 or complete our contact form.