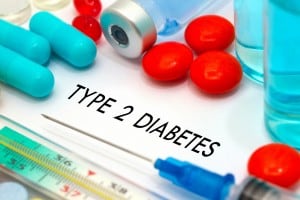 The drug Invokana, also referred to as canagliflozin, is used to treat patients for Type 2 diabetes. Invokana first entered the market in 2013. Since then it has become one of the most widely used diabetes medications in the U.S. Alarmingly, the drug has been linked to a number of difference serious side effects and health risks, including the risk of limb loss. Despite the knowledge of these dangerous side effects and health risks, Janssen Pharmaceuticals, a subsidiary of Johnson & Johnson, has continued to market and sell Invokana.

Janssen Pharmaceuticals has made a net profit of nearly $1 billion from sales of the drug over a recent one-year period. At the same time, reported injuries due to the use of the drug have mounted. Those who have suffered injuries have begun to move forward with lawsuits against the company.

A new form of diabetic treatment

Type 2 diabetes often occurs in middle to older age people, and in many cases accompanies specific genetic and lifestyle factors. Invokana reduces the blood sugar in adults who have Type 2 diabetes by preventing the kidneys from reabsorbing glucose. The glucose is subsequently emptied into the urine.

Traditional drugs to treat diabetes act after the cells have absorbed blood sugar. However, Invokana’s mechanism of action attacks the blood sugar at the start of the cycle. It keeps the glucose from reabsorbing into the blood. Invokana is the first of the sodium-glucose cotransporter-2 (SGLT2) inhibitor class of drugs offered in the U.S. market.

Concerns over Invokana from its development

At its initial approval in 2013, the FDA required Janssen Pharmaceuticals to perform double-blind prospective placebo studies to assess the risks posed by the medication. Particular concerns about the drug’s connection to cardiac issues helped precipitate these studies, which normally are not required in the pharmaceutical industry.

After clinical trials mandated by the FDA – CANVAS & CANVAS – R – were performed, it was revealed that Invokana could be linked to an increase in the number of limb amputations. As the double-blind studies were carried out, the evidence pointed to a higher risk in Invokana patients of requiring amputations of the lower limbs – specifically, loss of the foot, toe, or leg below or above the knee. The studies showed that those who took Invokana as opposed to a standard diabetic drug suffered twice the number of lower limb amputations.

Many patients in the CANVAS trial studies suffered adverse health conditions, including infections, restricted blood supply to the feet or legs, or the death of soft tissue as a result of blood loss before amputation became necessary. Most of the amputations involved the midfoot and toes, with some involving the leg.

Kidney failure and diabetic ketoacidosis (a potentially fatal condition) have also been connected to the use of Invokana.

A black box warning was issued about Invokana

A new black box warning was issued by the FDA on May 16, 2017 for Invokana, Invokamet and Invokamet XR. As a result of data acquired from clinical trials, the FDA made a judgment that these series of medications required the severest of warnings regarding lower limb loss.

This warning was issued due to a 100 percent increased risk of amputation for those taking Invokana compared to those taking a placebo.

Patients taking Invokana are strongly advised by the FDA to obtain immediate medical care if they experience symptoms such as:

It is not recommended to cease taking Invokana without consulting with your physician first. Dropping the medication suddenly without such a consultation could result in excessive blood sugar levels, kidney and nerve damage, blindness, or heart disease.

If you have suffered debilitating and serious consequences after taking Invokana for Type 2 diabetes, the dangerous drug attorneys at McGowan, Hood & Felder, LLC are here to serve you. To find out how we can help you obtain any compensation to which you may be entitled for your injuries, call us today at 803-327-7800 or complete our contact form.