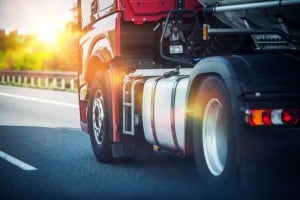 When you are driving along the highway and an 18-wheeler truck whizzes past, you probably assume that the driver is sober, well-rested and paying attention to the task of driving. Unfortunately, sometimes this is not the case. The massive opioid epidemic that has the United States in its unrelenting grip has also affected the trucking industry.

Drivers who pilot large commercial trucks must share the highways with much smaller and more nimble passenger vehicles. It is vital that the public can be assured that truck drivers are being tested for illegal substances before they get behind the wheel. The U.S. Department of Transportation (DOT) has required trucking companies to test drivers for alcohol, cocaine, heroin and marijuana, but now the DOT has finally added a test for synthetic opioids to the mandatory drug testing panel since January first of this year.

Trucking companies and fleet operators are now required to test commercial truck drivers for hydrocodone, hydromorphone, oxymorphone and oxycodone. These drugs are taken for pain relief, but they are also easily abused because of their highly addictive nature. An article in Transport Topics News reports, “The DOT said it is adding the drug panel to urine testing not only for consistency with the Department of Health and Human Services mandatory guidelines,” but “as a response to a national problem that can affect transportation safety.” TTNews also reports that about 6.3 million DOT-regulated drug tests are administered annually.

What if a driver is taking opioid pain medications by prescription?

If a commercial truck driver has a valid prescription for any of these medications, they can show a copy of their prescription to the Medical Review Officer (MRO) who is reviewing the test results. If the prescribed amount of the substance is found in the test, it will not be considered a positive test. If there is a higher amount of the drug in a driver’s body, the MRO could call that a positive drug test result.

The impact of the opioid crisis on traffic fatalities

A report published by the Governors Highway Safety Association (GHSA) analyzed the results of drug tests on drivers who had been fatally injured in traffic crashes, and illegal drugs were found in 40% of those drivers. The analysis was done using 2015 data from the National Highway Transportation Safety Administration’s Fatality Analysis Reporting System (FARS). Drug impaired driving has become an increasingly critical safety issue, and transportation safety authorities seem to be unclear as to how to solve this growing problem.

Although truck drivers are randomly tested they are also tested for drugs and alcohol whenever they are involved in a vehicle-disabling or fatal accident, or a supervisor can demand that a driver be drug tested if they have a reasonable suspicion that the driver may be abusing drugs or alcohol. A supervisor can also require follow-up drug tests after a driver has tested positive for illegal substances.

An experienced truck accident lawyer knows how to obtain drug test results if their client has been injured in a truck crash that could have been caused by a driver impaired by illegal drugs.

If you or someone you care about has been injured in a truck accident in South Carolina, McGowan, Hood & Felder, LLC is ready to help you seek justice. Please fill out our contact form or call 803-327-7800 to schedule a free consultation at one of our offices. Let us help you.