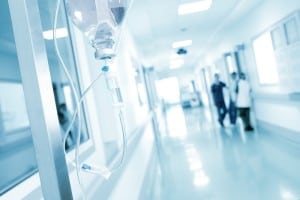 Attorneys Randy Hood and Jay Ward of McGowan, Hood & Felder, LLC have filed lawsuits on behalf of four patients who developed non-tuberculous mycobacteria (NTM) infections after undergoing surgical procedures at Roper Hospital in Charleston, South Carolina. These patients, many of whom were breast cancer survivors undergoing reconstructive surgery, had to endure months of antibiotic treatment as well as repeated surgeries to overcome the illnesses.

News 2 Investigators have been investigating the accusations against Roper Hospital, but despite repeated requests, officials from Roper refused to answer any questions about the outbreak.

The investigation in Roper

Beginning in 2011, Roper Hospital began to have patients contracting NTM infections after surgery.  These infections continued to mount until Roper Hospital contacted the South Carolina Department of Health and Environmental Control (DHEC) in July 2016. DHEC and the Centers for Disease Control and Prevention (CDC) then launched an investigation into the outbreak.

During the investigation, the CDC discovered the following lapses in protocol at Roper:

There have been multiple women who have developed an NTM infection after undergoing surgery at Roper. The Post and Courier reported, “Todd Shuman, chief physician officer at Roper St. Francis, confirmed Friday that water at Roper Hospital tested positive for non-tuberculous mycobacteria.” In response, the DHEC “threatened Roper St. Francis with a potential public health order if the hospital system did not submit a written plan of action by April 7 of last year. In a separate document, DHEC issued a public health advisory in July, explaining to providers that the agency was investigating a ‘cluster’ of these infections in the Lowcountry.”

What the lawsuits against Roper allege

DHEC recommended that Roper Hospital implement a water treatment system and required that officials alert all potential infection victims. But Roper did not do that. In fact, none of the patients represented by McGowan, Hood & Felder, LLC were given notice. As Randy Hood explained in an interview with News 2, “The bacteria is put into the deep tissue. That’s an incubation place for it …. [Our clients have] all been completely debilitated for a very long period of time, because what happens—this isn’t a type of infection where, Okay, let’s go take a Z-Pak.” Because Roper Hospital failed to inform the patients about the potential risk, their diagnoses and treatments were delayed.

The complaint states: “The negligent, grossly negligent, reckless, and/or wanton acts and/or omissions of many different people allowed the deadly pathogens to exist and populate. This conduct [by Roper Hospital] amounts to conscious disregard for maintaining a safe and sterile facility, or for safely performing medical procedures.”

Most NTM are slow-growing, which means patients may not develop symptoms for months or even years.

McGowan, Hood & Felder, LLC is proud to represent these brave cancer survivors in their fight for justice – and we would be proud to represent you, too. If you developed a bacterial infection at Roper Hospital, or any hospital or medical facility, we want to hear from you. To set up a free consultation, call us today at 803-327-7800 or complete our contact form.