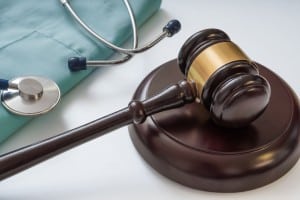 Sepsis, says the Centers for Disease Control and Prevention (CDC), is the body’s extreme response to an infection. Without timely treatment, sepsis can be deadly, and it can also cause tissue damage and organ failure. Sepsis can occur when you are already fighting an infection and your immune system triggers a chain reaction throughout your body.

Sepsis-Associated Acute Kidney Injury (SA-AKI) can occur when a patient contracts sepsis. Sepsis is the leading cause of acute kidney injury (AKI) in adults and children, accounting for approximately 33-50% of all AKI in adults and 25-50% of those in children. Sepsis progresses from a localized infection to a systemic reaction when the infection has not been properly treated. Any infection if not treated can lead to sepsis; however, those with compromised immune systems, the very young, the elderly, or people who also have chronic health conditions such as diabetes, lung disease, cancer and kidney disease, may be more susceptible to sepsis.

Sepsis can cause related health problems such as organ failure or septic shock. The CDC reports that more than 1.5 million people get sepsis each year in the U.S., and about 250,000 Americans die of sepsis each year. One in three patients who die in a hospital will have sepsis. Some of the common infections that can lead to sepsis include:

If you became septic, and the medical professionals who were treating you failed to treat it properly, you may be able to take legal action against the responsible party. Sepsis can lead to AKI due to medical negligence when a doctor fails to diagnose a patient’s sepsis, or  they fail to treat it.

At McGowan, Hood, Felder & Phillips, LLC, our experienced medical malpractice attorneys understand the devastating consequences of suffering an injury because of medical negligence. Chad McGowan of McGowan, Hood, Felder & Phillips has successfully handled sepsis-related medical negligence claims, including a $13.75 million verdict for a client who lost three of her limbs as a result of negligence. To set up a free consultation about your case with partner Chad McGowan, please call 803-327-7800 or fill out our contact form today.