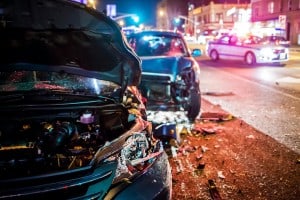 A number of people traveling in South Carolina during the first week of February faced tragic consequences. Along with the Amtrak train crash into a parked CSX freight train in Cayce which killed two people, an additional 14 people lost their lives in car crashes throughout the state. The following locations and counties suffered deadly crash fatalities over this one weekend.

South Carolina is a dangerous place to drive

Any fatal car crash is a tragedy, but seven deadly car accidents in one weekend is extreme. In our state, however, these fatal crashes occur far more often than it should. In 2017, South Carolina ranked sixth overall for the worst drivers in the country – and first for fatal collisions and crashes.

The good news is, our numbers improve every year. We were ranked THE worst in the country in 2014, so we have made strides. But we also don’t want anyone to be complacent: sixth place is not where we want to be. We must all commit to trying to be better when we’re behind the wheel.

We want everyone to be safe on the road – but we also know that you cannot control the negligent behavior of other drivers. If you have been involved in a car crash due to the fault of another party that’s left you with a serious injury, the legal team at McGowan, Hood & Felder, LLC can help. With our experience and resources we can provide you with strong representation and advocacy to help you obtain the compensation you deserve. To look into your options with a free consultation with a South Carolina car crash lawyer, call us today at 803-327-7800 or complete our contact form.