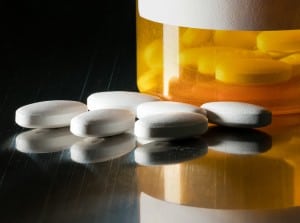 John Kapoor, founder and majority owner of Insys Therapeutics, has been arrested and charged with fraud and racketeering by the federal government. The is the latest indictment attached to Insys – its former CEO, as well as other executives and employees, are also facing additional charges – for a bribery and kick-back scheme that involved doctors throughout the U.S.

The U.S. Attorney’s Office for the District of Massachusetts issued this release, announcing that Kapoor was:

“arrested this morning in Arizona and charged with RICO conspiracy, as well as other felonies, including conspiracy to commit mail and wire fraud and conspiracy to violate the Anti-Kickback Law…. The indictment also alleges that Kapoor and the six former executives conspired to mislead and defraud health insurance providers who were reluctant to approve payment for the drug [Subsys] when it was prescribed for non-cancer patients.”

The trials are currently set for 2018.

What do these charges mean?

“RICO” is short for Racketeer Influenced and Corrupt Organizations Act. A “racket” a criminal act designed to extort money. Specifically, it involves a business or operation that defrauds its customers or clients into utilizing a service or buying a product that they do not need. In this particular case, Insys Therapeutics used bribes to convince doctors they should prescribe their fentanyl drug Subsys to patients who did not, and should not, need it; they also defraud insurance companies and Medicare into reimbursing the drug.

Because John Kapoor founded and owns Insys, and because he was, at one point, the Executive Chairman of the Board and CEO of Insys, he can be charged with racketeering because of his orders and/or assistance to his executives in regard to the fraud and bribery.

You can read more about our investigation into Insys here.

Fines and penalties for the charges against Insys executives and Kapoor

Here are the penalties and fines for each charge:

In case you were wondering, “pecuniary” losses and gains are monetary. In this case, Kapoor and the Insys executives made money from their scheme, and the federal government lost money from their scheme, so the defendant, if convicted, may be fined no more than “twice the gross gain or twice the gross loss, unless imposition of a fine under this subsection would unduly complicate or prolong the sentencing process.”

Because there are multiple charged levied against each person, there is a possibility that, if convicted, everyone involved could spend the rest of their natural born lives in prison, especially if a judge sentences them to consecutive years (meaning one sentence after another, or up to 45 years in prison) as opposed to concurrent years (meaning all the sentences happen at the same time, for up to 20 years in prison).

It is about time that Kapoor and Insys Therapeutics are finally brought to justice. McGowan, Hood, Felder & Phillips, LLC is committed to helping those who sustained injuries because of Subsys, and the actions of Insys Therapeutics. To learn more about our services, please call 803-327-7800, or fill out our contact form.