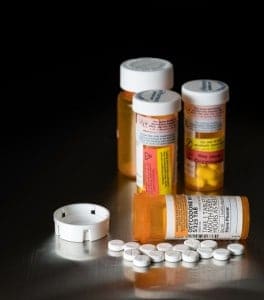 Subsys is a medication that contains fentanyl, an opioid pain medication that is 50 to 100 times stronger than morphine. It is intended to be used to treat adults with cancer pain. The drug is sprayed under the tongue and then absorbed. It is used by cancer patients who are already taking opioid drugs 24 hours a day because their bodies are used to these powerful narcotics.

Patients who use Subsys should remain under a doctor’s care and must be enrolled in a special program to be allowed to take the drugs. Subsys is especially designed for patients with what is called “breakthrough cancer pain,” the most severe type of cancer pain, which affects three out of five cancer patients.

Not all the news about Subsys is good. Subsys is being abused by patients and doctors alike, and by drug manufacturers. Designed to help cancer patients, it is now being prescribed for people with chronic pain

Manufacturer accused of wrongfully encouraging off label prescribing of Subsys

A recent Illinois lawsuit claimed that Insys Therapeutics, a maker of Subsys, was encouraging non-oncologists to dispense the medication inappropriately – in high-volume. The lawsuit claims that Insys sold the medication to high-volume opioid doctors, including one doctor who was responsible for 95 percent of the sales of Subsys for non-cancer pain.

Drug-makers generally can sell prescription drugs for “off-label” uses but they cannot—according to the Illinois state attorney general’s office—actively market or promote such use. The lawsuit claims that Insys did more than just actively promote the drug, the company encouraged physicians to increase the dosage amounts.

The state attorney general lawsuit asserts that Insys improperly paid the doctor in question speaking fees to promote the medication. The doctor defended the use of the drug for non-cancer patients, as well as the speaking fees he received. He did stop prescribing Subsys, though, claiming that the high cost and lack of insurance coverage for non-cancer uses made it harder to justify prescribing. The Oregon attorney general’s office settled a similar lawsuit against Insys in 2015 for $1.1 million.

At McGowan, Hood, Felder & Phillips, LLC, our dangerous drug lawyers hold manufactures and doctors accountable for making and prescribing defective and dangerous medications without following proper laws and regulations. To speak with a strong advocate, please phone 803-327-7800 or complete our contact form.