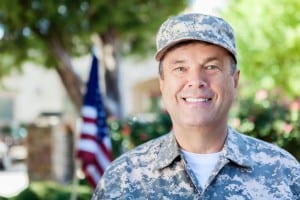 You might not know Steve Cooper. He’s a U.S. Army veteran and former business owner dying from prostate cancer that could have been treated, if he had been given the right care by a VA hospital in Phoenix in 2011. Because of an act of medical negligence, Steve’s life has been cut tragically short. He cannot have children. He lives in constant pain. His doctors have given him just five more years to live, during which time he’ll need to undergo numerous medical treatments. He is 46 years old.

When Steve Cooper brought his medical malpractice case to federal judge Michelle Burns, she awarded him $2.5 million for his pain, suffering and lost earnings. As Steve Cooper told The Arizona Republic, “We didn’t need a penny. We needed a verdict that showed that the quality of care is substandard at the Phoenix VA.” That is what Judge Burns did: she held the Phoenix VA, which has been embroiled in scandals involving scheduling delays linked to the deaths of up to 40 veterans, accountable for its negligence. She awarded $2.5 million to Steve Cooper so that he could live out the rest of his short time on Earth in as much comfort, and with as much dignity, as possible. She ensured that his wife would be taken care of after he passed away. In short, Judge Burns recognized that Steve Cooper’s case was never about the money: it was about doing what was right.

But if H.R. 1215 passes, that ability to do what is right will be eliminated, and veterans like Steve Cooper – men and women who were willing to put their lives on the line to defend our country – as well as countless civilian victims of medical negligence will be denied the damages they need to protect themselves and their families.

Read more about HR 1215 and the myth of tort reform:

Veterans deserve better than what Congress wants to give them

Since we started McGowan, Hood & Felder, LLC, our attorneys have been fierce advocates for injured veterans. We have fought against injustice, and sought damages on behalf of our servicemen and servicewomen who were denied appropriate treatment at VA hospitals and facilities around the country. While we do not doubt that VA doctors do want what is best for their patients, they are often unable to handle the number of patients they have on the budgets they are given, and this leads to preventable mistakes. Steve Cooper shouldn’t have to die because of a VA hospital error. He certainly shouldn’t have to suffer any more than he already is.

But if H.R. 1215, the Protecting Access to Care Act of 2017, is allowed to pass into law, thousands of people throughout this country will suffer. The negligent hospitals and practitioners will never be held accountable in a way that forces real change. The only people who will be hurt are the victims of medical malpractice.

We must all take a stand against this terrible bill, which will punish the injured while letting the accountable parties essentially walk away with a slap on the wrist. We urge you to contact your representatives and tell them to vote “no” on H.R. 1215. We hope you will join with us to put an end to needless legislation that only hurts those who are already vulnerable.

At McGowan, Hood & Felder, LLC, it is our honor to fight for justice for veterans. To speak with an experienced South Carolina medical malpractice lawyer, or to schedule a free initial consultation at one of our offices, please call 803-327-7800 or fill out our contact form.