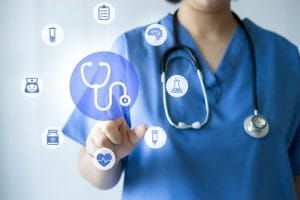 After a short break, the national spotlight is back on the shoddily run Department of Veterans Affairs. USA Today recently reported that the agency illegally stopped sharing quality of care information with the Department of Health and Human Services over the summer. This new failure prevents access to healthcare information that could mean the difference between life and death for our nation’s veterans:

“In 2014, after the wait-time scandal broke at the Phoenix VA, where 40 veterans died awaiting care, Congress passed the Choice Act, which included expanded authority for the VA to pay for veterans’ care in the private sector if they couldn’t get timely appointments at a nearby VA facility. That law also included a provision requiring the VA and HHS within six months to reach an agreement to expand the amount of data the VA reported and HHS published on Hospital Compare. That deadline came and went in February 2015” (emphasis ours).

The VA seems to be systematically removing access to concise metrics regarding performance. In February, the agency’s hospital comparison website was taken down, allegedly because it didn’t meet accessibility requirements for the visually impaired. The page is still blank. On July 1, as USA Today discovered, the VA stopped sharing information that would allow HHS publicize the same type of comparison information altogether.

The explanation regarding the takedown of the hospital compare site hosted by the VA came from Joe Francis, director of clinical analytics and reporting at the Veterans Health Administration. Francis maintains that the information is still available in the form of nearly 140 spreadsheets containing statistical and ranking information. He said, “It is not a user-friendly interface by any means, but that site at least met the (accessibility) requirements.”

“At least it met the requirements” seems to be the attitude at the VA these days.

Replacing a color-coded hospital comparison website with 140 spreadsheets of individual statistics and rankings is just one of the many ways the VA is obscuring vitally important information. The agency’s failure to communicate data to HHS that could literally save lives seems, sadly, par for the course now.

Allegedly, a new deal regarding information sharing between the two agencies is in the works, but the legally mandated deadline of February 2015 is now a distant memory. Worse, there is no set timeline, internally or externally, for the VA to resume reporting to HHS. The VA is an agency that routinely fails to resolve problems; these new issues compound the risk of veterans receiving poor care.

We support the men and women who have served our country with pride and honor. We believe that veterans deserve more than what the government appears to give them. If you or your loved one is a veteran who has suffered mistreatment at the hands of a trusted medical professional, the experienced South Carolina VA malpractice attorneys at McGowan, Hood, Felder & Phillips LLC can help get you the justice you deserve. Call 803-327-7800 or contact us today for a free consultation.