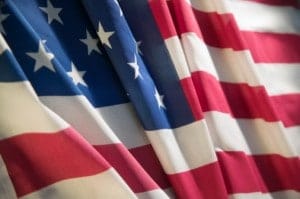 Barry Coates, the man who would become the face of the Veterans Affairs scandal over delays in care, passed away in January of this year. His story is heartbreaking and poignant, and our thoughts and prayers are with his family as they continue to adjust to his absence from their lives. However, his story is more relevant now than ever, as new reports of the mistreatment of our nations’ finest surface again. In case you missed it, this is the story of Barry Lynn Coates.

The man with a plan

Barry Coates joined the Army in February of 1991 at the age of 21. His service didn’t last long; a back injury in basic training earned him a discharge in May of the same year. It took five years of constant fighting for Coates to become eligible for medical treatment through the VA system; treatment fairly earned, as his back injury was incurred during service to our country.

The fight to obtain medical treatment through the VA for the chronic pain from his back injury was the first of many that the soft-spoken native of South Carolina would be forced to endure. However, the VA oversaw Coates’ chronic pain management for the next 14 years with no major incident. It wasn’t until Coates sought emergency care for severe abdominal pain and bloody stool in 2010 that the real struggle began.

On the advice of the emergency room doctor, Coates scheduled a follow-up at the William Jennings Bryan Dorn VA hospital in Rock Hill. During the visit, Dr. Verma did not follow the ER doctor’s advice; Coates was sent home without a rectal exam and with no referral for a colonoscopy despite the presence of blood in his stool.

Coates wasn’t able to secure a GI consult through the VA for almost 10 months after his initial complaint about abdominal pain and bloody stool. His first consult was in August 2011, and resulted in a recommendation to return in two months, a diagnosis of hemorrhoids, and still no referral for a colonoscopy. By the time the procedure was eventually ordered in October, Coates had been in severe pain for almost a year. He was told the pre-procedure consultation would take place more than 6 months later, in April 2012.

The year of Hell

Undaunted, Coates repeatedly called to see if an earlier date was available. He finally underwent a long-overdue colonoscopy on December 9, 2011. Follow-up tests confirmed the bad news; Coates was diagnosed with Stage 4 colorectal cancer, compounded by metastatic tumors on the right lung and liver lesions. He underwent emergency surgery, radiation treatment and chemotherapy that left him incontinent, impotent, and with permanent neuropathy in his hands and feet.

In January 2014, Coates was featured in a CNN investigation of medical care at VA hospitals. Three months later, he delayed a second round of chemotherapy, even after an exam showed further spreading of the cancer throughout his body, to bear witness before the House Committee on Veterans’ Affairs. During the hearing, he said, “It is likely too late for me, the gross negligence of my ongoing problems and crippling back log epidemic of the VA medical system has not only handed me a death sentence but ruined the quality of my life I have for the meantime. I am not here today for me, I am here to speak for those to come so that they might be spared the pain I have already endured and know that I have yet to face.”

Barry Lynn Coates died on January 27, 2016 after a long illness, surrounded by his father, brother, wife, and children. He was 46 years old. In life, he endeavored to serve his country. In death, he helped millions of fellow veterans by exposing the inadequacy of a system designed to take care of those who take care of us. His death was unnecessary, but gained purpose by bringing a flawed system into the national spotlight. His ordeal continues to serve his fellow veterans to this day, as more and more flaws are uncovered in VA hospitals.

At McGowan, Hood & Felder, LLC, we work hard every day to protect the rights of citizens and veterans alike. No one should have to endure the pain and suffering that Coates and his family was subjected to as the result of simple negligence. The dedicated South Carolina VA medical malpractice attorneys at McGowan, Hood & Felder, LLC have years of experience litigating challenging and complex cases.

If you or your loved one is a veteran who has been mistreated by the VA, you may be entitled to financial compensation for your injuries or illness. Call us at 803-327-7800 or contact us today for a free consultation. We serve clients throughout South Carolina.