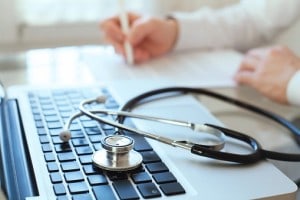 The VA has been making headlines since 2014, when reports surfaced that patients were dying while waiting for appointments and important procedures. While officials have been replaced and rules have been implemented to hold the agency to a higher level of accountability, a study by the US Government Accountability Office in April of this year showed that the agency is still suffering massive scheduling issues.

Compounding the agency’s problems is a growing threat that stems from the same source; chronic mismanagement. The New York Times reported:

“The entire V.A. system has been plagued with crumbling buildings and deferred maintenance. According to the V.A., roughly 60 percent of its medical facilities are more than 50 years old. The department’s inspector general issued an audit report in 2014 warning that there was a $10 billion to $12 billion backlog in maintenance throughout the system, jeopardizing patient safety at a time when aging baby boomers and newly enrolled veterans of Iraq and Afghanistan increasingly sought care at V.A. hospitals.”

The most recent example of this crumbling infrastructure is the Northport VA Medical Center on Long Island. The five operating rooms, which see “633 inpatient and 1,822 outpatient surgeries a year,” have been shut down indefinitely after sand-size black particles were found blowing out of air ducts. An environmental analysis of the air in the system showed that the particles were primarily rusted metal from aging ducts and fittings. The analysis also detected small amounts of fiberglass fibers and a common mold known to cause respiratory problems.

Philip Moschitta, the director of the hospital, came off as mostly unconcerned, saying, “When you have a 45-year-old facility, things rust.” Additionally, the Times reported, “Some procedures that do not require a sterile room, such as colonoscopies or cataract surgeries, are currently taking place in other parts of the hospital.” The implication that tests that rely on inserting probes into human orifices do not require an antiseptic, mold-free environment is absolutely stunning. If this is the prevailing attitude of the agency, it is no wonder that so many are suffering.

Change can start with you

As VA facilities and equipment continue to age without proper maintenance, the problem of substandard medical care available to our veterans will only grow in scope. At McGowan, Hood & Felder, LLC we value the members of our armed forces, both active and retired, and work hard to protect their rights. If you or your loved one is a veteran who has been mistreated by the VA, you may be entitled to financial compensation for your injuries or illness. Call us at 803-327-7800 or contact us today for a free consultation with an experienced VA malpractice attorney in South Carolina. We serve clients throughout the state.