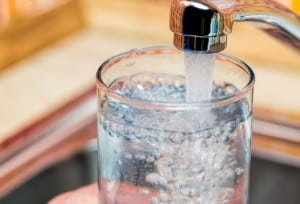 Camp Lejeune is a Marine Corps base camp in Jackson, North Carolina. Since 1941, it has been the home of multiple commands, teaching our Marines how to effectively train in both water and on land. It was the third official Marine boot camp set up in the country, and its largest one, as well. What it is known for now, however, is the half a million men, women and children who may have developed deadly cancers and conditions because of its poisoned water.

Unfortunately, that might not be entirely true. The Washington Post reports that most people who have been affected by the poisoned wells on Camp Lejeune will have to file their own claims, without much help from the government at all.

Their story focuses on Marine veteran Frank Waller, a 68-year-old man who developed leukemia years after being stationed at Camp Lejeune. He spent 6 weeks at the base. Mr. Waller has tried to make claims for help before with the VA, but every claim was denied.

This tale could be about anyone who was on that site between Aug. 1, 1953, and Dec. 31, 1987. Adult leukemia is just one of 8 illnesses associated with exposure to the camp’s poisoned wells. The other include:

There is some evidence that other conditions, such as infertility and/or miscarriages, esophageal cancer and scleroderma, among others, may also occur if a person was exposed for a sustained period of time. The VA will review other medical reports on a case-by-case basis, but these eight are given presumptive status: if you were at Camp Lejeune between certain dates for at least 6 weeks, and you have been diagnosed with one of these 8 illnesses, you are entitled to benefits – period.

What is the government doing to help poisoned veterans?

Despite having evidence of the dangers since the 1980s, the government did not admit any real connection between the contaminated wells and the sick Marines (and their families) until 2010. In 2012, the Senate passed the Janey Ensminger Act, later called the Camp Lejeune Families Act of 2012. The Act authorized medical care for Marines and their families, hurt by toxic exposure. Before he left office, President Barack Obama authorized a payout of “more than $2 billion to veterans exposed to the contaminated drinking water. To qualify, they have to show a diagnosis of one of those eight diseases and evidence they served at least 30 days between Aug. 1, 1953, and Dec. 31, 1987,” as per the Post.

McGowan, Hood & Felder, LLC, proudly supports veterans throughout the country. We applaud these latest efforts, and hope that this time, Mr. Waller, the Marines and their families will actually receive the justice that so truly deserve.

If you are a veteran who is having difficulty obtaining benefits, our South Carolina VA error attorneys may be able to help. Please call 803-327-7800, or fill out our contact form to learn more about our services.