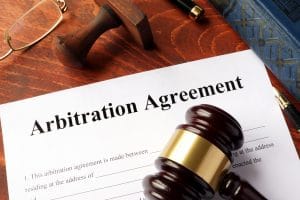 The American Association for Justice (AAJ) has released a statement about its intensive report on forced arbitration. We invite you to read that statement here, and to review the data supplied by the AAJ about your real chances for being successful in a forced arbitration proceeding.

The Huffington Post just published a story explaining how the report ‘shows that not only do companies typically emerge victorious from arbitration, but, perhaps more damning, they rarely even have to use the process.’”

Find more on this story:

McGowan, Hood & Felder, LLC represents victims of wrongdoing and negligence in arbitration proceedings. Please call 803-327-7800 or reach us through our contact form to learn more about our services.